Defects checking at a new BTO (Blog review by Nadnut.com)

As some of you guys may know, I collected my keys to my spanking new BTO not too long ago. I joined my BTO group discussion on Facebook since we first ballotted our keys years ago. From the group discussion, we learnt a lot of stuff e.g. beginning of key collections, group deals, tips and tricks!

One of my neighbours had actually recommended and had organised a group buy with Ark Interior who specialises in defects checking.

We decided to take up the deal after reading about the crazy amount of defects other HDB owners have spotted. After waiting 4 years for a premium BTO, one would expect a decent place right?

We were wrong. Upon collecting our keys, Wee Kwang from Ark Interior (at the time of inspection, I understand that he has left to Absolute Inspection now) and his crew inspected our humble 4 room flat. 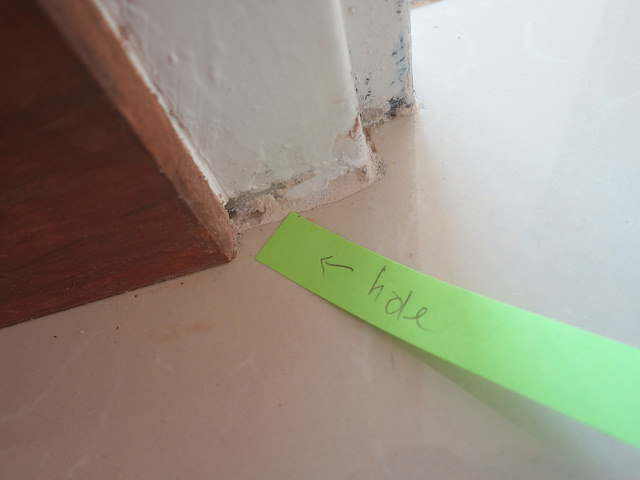 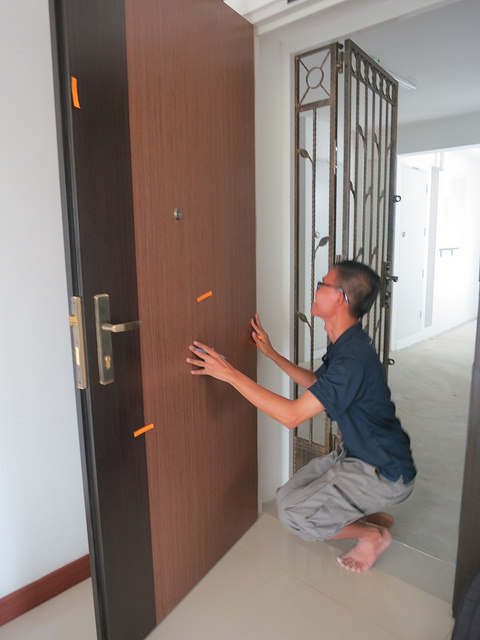 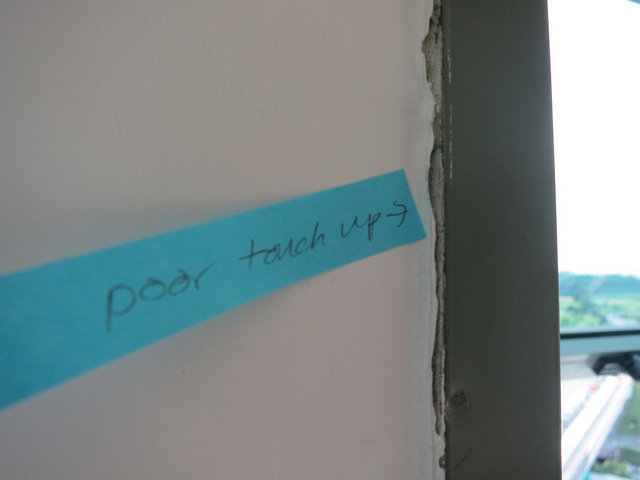 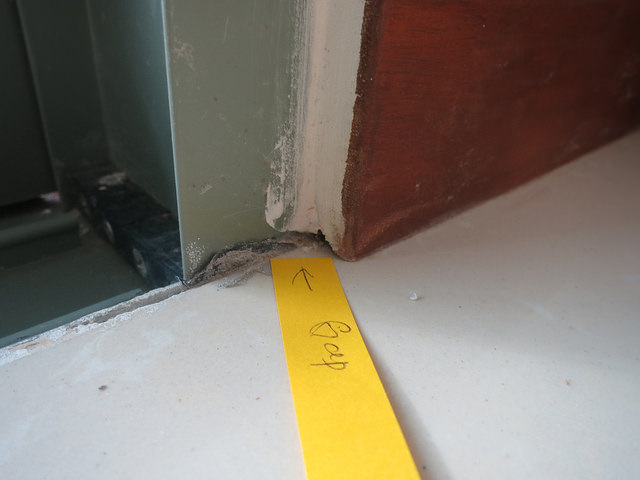 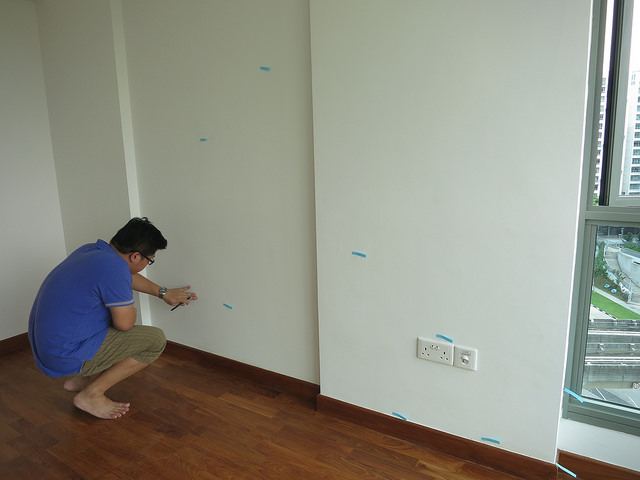 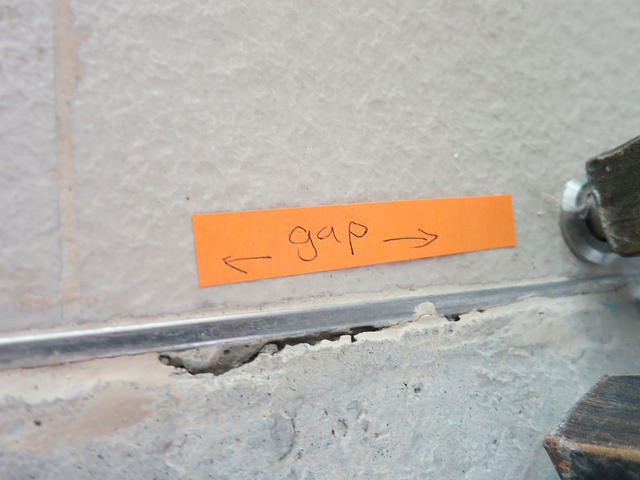 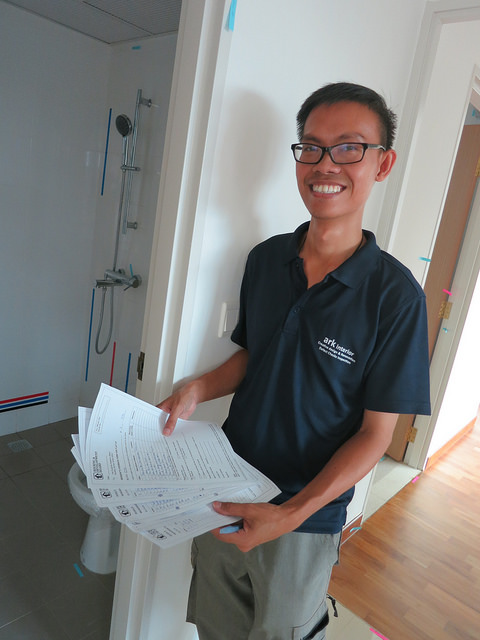 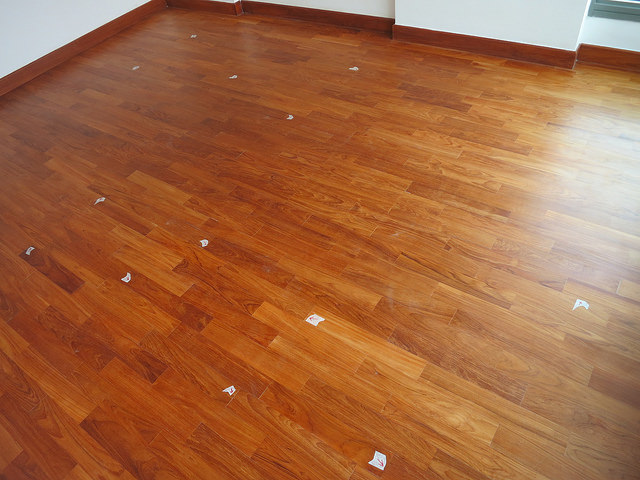 I seriously think that the standard of HDB BTO flats have dropped. Just look at the number of cases shared by the media. The majority of my neighbours all faced problems with the parquet. 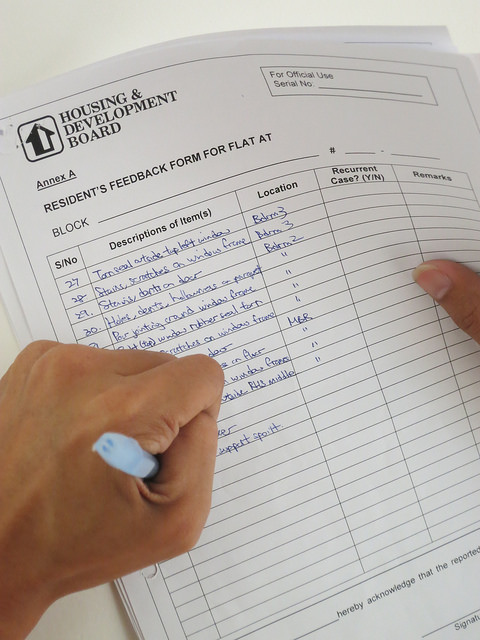 We’re quite glad to have not scrimped and saved on a defects checker. Wee Kwang and team spotted over 600 defects! If Skai and I were to do it ourselves, we would have taken over 2 weekends and might have lost patience plenty of times. We grouped the defects and only filed 72 out of the 600 defects spotted. We decided to ignore stuff paint jobs etc.

Even after sending in the defects list, only 30% were rectified after two whole weeks. In fact, we went through at least 3 rounds of defects rectifications (2 weeks at each time!) and not all were still rectified.

In the end, we decided to just focus on the parquet while the rest, we’ll get our contractor to cover up.

So here are my tips if you are going to go through defects checkin at your new HDB BTO.

1. Unless you are very detailed and have lots of patience, hire a professional.

A professional is able to spot most of the defects you would have missed and would be able to help you NOT make the problem worse. Some people may not know the right way in checking if parquet is hollow and could have made it worse e.g knocking, stomping, using a metal rod to hit the parquet.

If you don’t, they WILL take at least 2 weeks to get back to you. Basically, they’ll take their own sweet time. Chase like a loanshark.

3. Take pictures and note where the defects were.

BSC will just remove all tapes/postits/marks you’ve made previously. And I tell you, not all were rectified. Some were just removed without ANY rectification. Why? Your guess is as good as mine. Like I said, only 30% were rectified.

Even if they did not rectify your defects, be nice to them. Cos they can drag and make the process even longer and more painful.

5. If all else fails, write to higher authorities.

I didn’t do this but I know of friends and neighbours who did. Sometimes pressure from higher authorities do work. But only use this in desperate measures.

For us, Wee Kwang was a joy to work with and we were really grateful for the help that he rendered! All the best of you guys who will be doing defects check! I hope no one ends up with the same contractor as we did for our BTO as they did really did a shit job. Believe me, majority of my neighbours are complaining.